TGIF, am I right? Welcome back to Human Capital, where we explore some of the latest news in labor, diversity and inclusion in tech. This week, we’re looking at the use of “master/slave” terminology in computer programming and the current state of gig workers in California. Human Capital will soon be available as a weekly

TGIF, am I right? Welcome back to Human Capital, where we explore some of the latest news in labor, diversity and inclusion in tech.

This week, we’re looking at the use of “master/slave” terminology in computer programming and the current state of gig workers in California.

Human Capital will soon be available as a weekly newsletter. You can sign up here.

This probably isn’t news to developers, but it was news to me when I found out many tech companies still use slave-master language. Now, Microsoft-owned GitHub is gearing up to remove these references to slavery by naming primary code repositories “main” instead of “master.” These changes will go into effect on October 1.

GitHub talked about making these changes as early as June, when CEO Nat Friedman tweeted that it was something the company was already working on. But GitHub is by no means the first company to consider and make these changes. In 2014, open-source platform Drupal moved to replace “master/slave” with “primary/replica.”

One of its reasons for making the change was, “The word ‘slave’ has negative connotations (although this might or might not be relevant in the naming of a technical term) including multi-century history of slavery to benefit European colonial powers, prison laborers today forced to work in conditions at times resembling that slavery, young girls sold into sex slavery in many parts of the world today.”

Then, in 2018, programming language Python ditched the racist terminology. Meanwhile, Twitter began taking steps to replace those terms earlier this year and hopes to finish replacing that terminology by the end of 2021, according to CNET.

What’s wild is that these terms ever existed in the first place and are just now being addressed. While Los Angeles city officials way back in 2003 asked its manufacturers and suppliers to stop using the terminology, they did not require it.

So perhaps it’s no wonder why some tech companies struggle to retain Black employees. In 2019, for example, Google reported its attrition rates of Black and Latinx talent — which indicate the rate at which employees leave on an annual basis — were higher than the national average. When racism is built into the technical framework of a company, it perpetuates a false idea that white people are superior to Black people.

The latest in the battle over Prop 22 and AB 5

Two big things are happening pertaining to gig workers: Prop 22, the California bill backed by Uber, Lyft, Instacart and DoorDash that seeks to keep workers classified as independent contractors and lawsuits rooted in AB 5, the California law that went into effect earlier this year that lays out how to properly classify gig workers.

Let’s start with Prop 22. A new poll from the UC Berkeley Institute of Governmental Studies found that it’s going to be a close election. In a survey of 5,900 likely voters, UC Berkeley’s IGS found that 39% of voters would vote yes on Prop 22 while 36% said they would vote no. The other 25% are undecided. 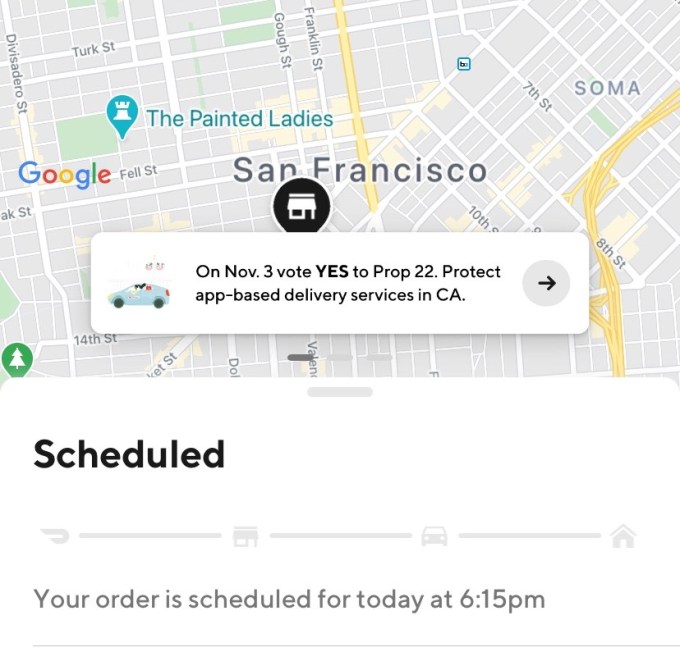 On the AB 5 side of things, Uber and Lyft are still in court after California Attorney General Xavier Becerra, along with city attorneys from Los Angeles, San Diego and San Francisco sued the companies, alleging they are misclassifying their workers. In the appeals court, which granted a stay on the preliminary injunction that would force Uber and Lyft to immediately reclassify their drivers, a number of amicus briefs have been filed.

In a brief filed by the National Employment Law Group, the ACLU and other civil rights groups, they say Uber and Lyft harm workers of color by classifying them as independent contractors:

Many poor workers of color and immigrants are stuck in a separate and unequal economy where they are underpaid, put in harm’s way on the job, and left to fend for themselves without access to paid sick leave, unemployment insurance, workers’ compensation, and other protections. By insisting that their drivers are not employees, Lyft and Uber further distance workers of colors from the bedrock workplace rights that provide real flexibility and economic security. Instead, their business models trap poor workers into intractable cycles of poverty and economic exclusion.

In the event Uber and Lyft are forced to reclassify their drivers, both Uber CEO Dara Khosrowshahi and Lyft CEO Logan Green filed sworn statements earlier this month that confirmed they both have plans to comply with an order requiring them to reclassify their respective workforces.

Have tips? Comments? Send me an email at megan@techcrunch.com